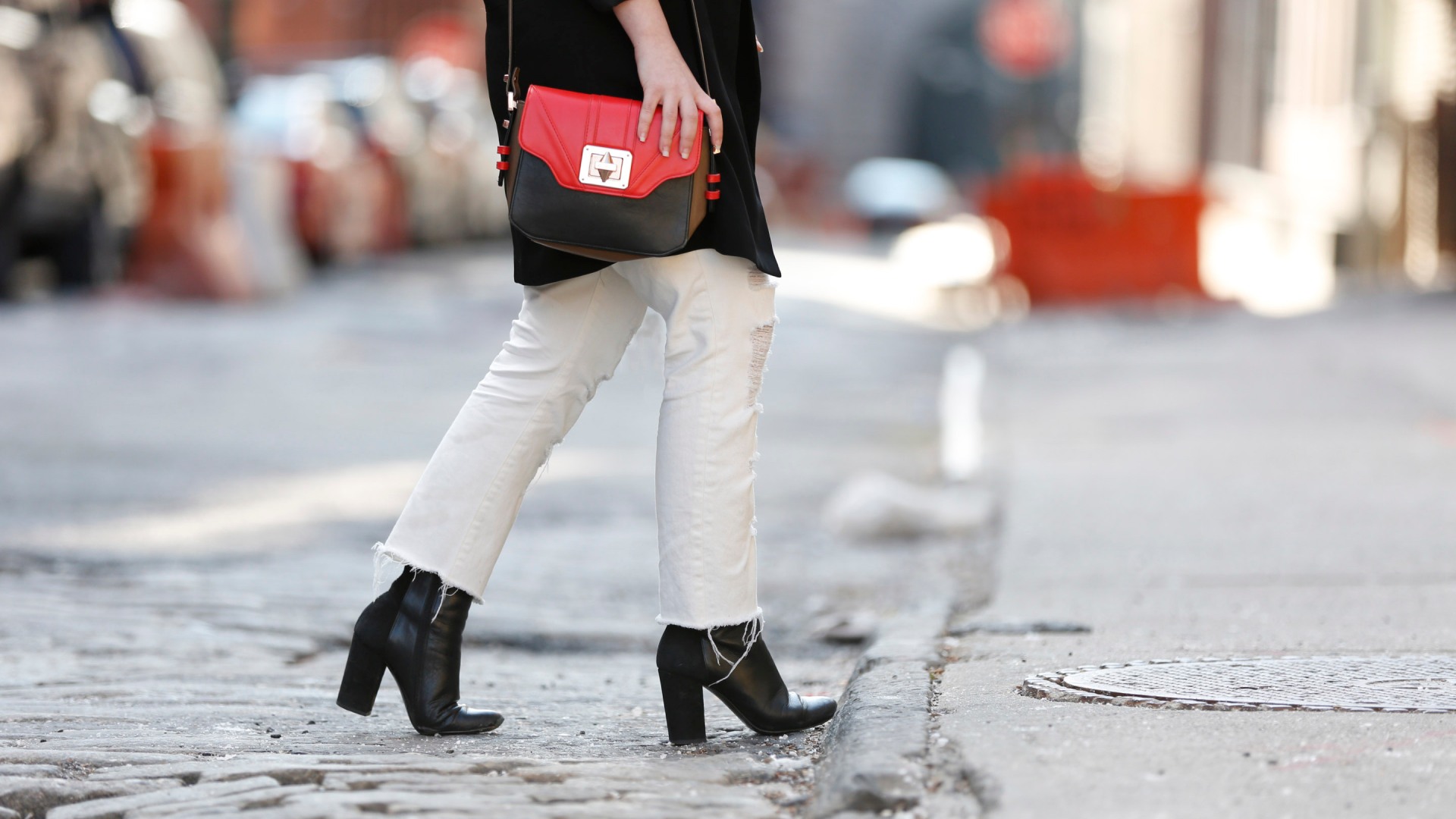 All right let me be honest with you all. I have never liked white denim. Living in a city like New York, I’ve just never understood the practicality of wearing anything so stain prone. When walking out in a pair of these wardrobe classics just seemed like tempting fate in a way that I felt like I would lose. A drop of food here, a dirty subway car there and my perfectly stylish spring look would be in ruin.  However, as the warmer months rolled around, I would always see an abundance of effortlessly chic looking woman wearing a pair of equally cool white jeans either walking the streets or cluttering up my Instagram feed. Galvanized, by these stylish females I began my first foray into wearing this style for myself and it was an absolute fail…

Hitting the shops was a process. As an editor and stylist, my life is so intrinsically tied with all things fashion that the actually desire to shop happens less and less often for me. The thing is, shopping feels like work and can be one of the last things that I would like to do on a precious weekend. But pushed along by my desire to find the perfect pair of white jeans I hit the stores. And that my friends, is where the true problem began. Whether it is because I am petite or perhaps because I hadn’t worn such a light colored bottom in ages nothing looked right on me.

Now, most people I meet always assume that as a person that works in fashion shopping and dressing comes easy. That I am somehow immune to all the insecurities and body hang-ups that plague everyone else while shopping. Let me assure you that this is not the case. All my life I have been petite, always the shortest person in the room, besides children, always called cute and adorable instead of sexy or stylish. Because of this, I will always go out of my way to make myself feel taller and the problem with all those white jeans paired with equally light colored tops was that it made me look even shorter.

Jean after jean I searched for the right pair that made me feel taller with no success. It wasn’t till a couple months later at a press event for a denim company that turned everything around. After attending the preview the brand informed me that they would be sending along a pair of denim for me to try out. Once I received the package and discovered that is was a pair of distressed white boyfriend style jean I brushed them aside, thinking that they would be just like all the other pairs I had tried. It wasn’t until a couple months later just as the leaves had begun to change and the air began to crispen that these ivory sirens called to me again.

Now I’ve chatted before about breaking fashion rules and my belief that people should wear what they want and makes them happy, but I do confess that wearing white after labor day is one of those awful rules that I would usually stick to myself. However, whether it was a lack of clean clothes or some kind of divine intervention I found the jeans sitting on the top stack of my denim drawer and decided to give them a go. And that, my friends, was where the magic happened. My problem hadn’t really been the jeans themselves but mixing them with darker tones helped to balance out the look. I had been trying to go for an easy breezy ensemble in the spring with lighter tones and flats which made me feel shorter. Now, however, I could pair the beauties with a blazer and throw on a pair of heeled boots and the problem was solved.  The lesson  that I learned that day is that anyone can wear any trend even if you don’t feel like it works with your body type. The key is figuring out a way to balance it with your personal style in a way that makes you feel awesome. 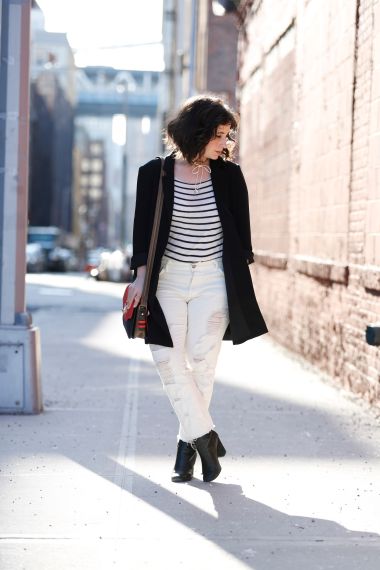 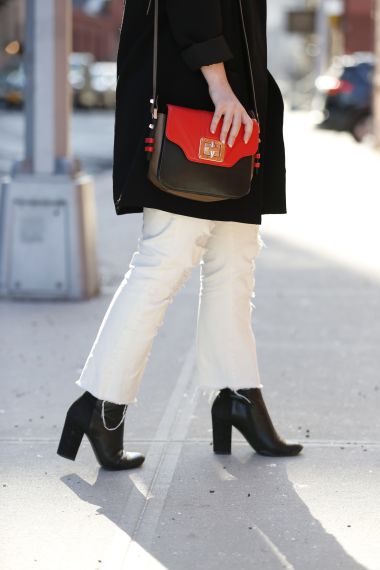 Hope you guys liked the post! Apologies for the break, life and work have managed to get in the way and it seems like time is just going faster and faster each day. I’ve got some exciting things coming up on the site soon so keep an eye out. And as always please leave in the comments any ideas you would like to see up on the site.

All photos by Della Bass

2 Replies to “How to style white jeans in fall”